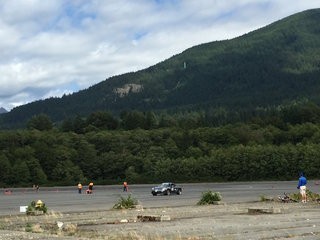 Day one of the Packwood ProSolo is in the books. The morning started out cool and cloudy, but by mid-morning the sun came out. The sky remained partly cloudy and the temperature reached a mild 75 degrees. It truly was perfect autocross weather.

The Tim Weidemann designed courses were transition heavy and rewarded drivers who were looking ahead. Rolling bumps of the surface challenged the suspension of some cars. The times on course averaged around 25 seconds. The time difference between the two courses was about a half second. 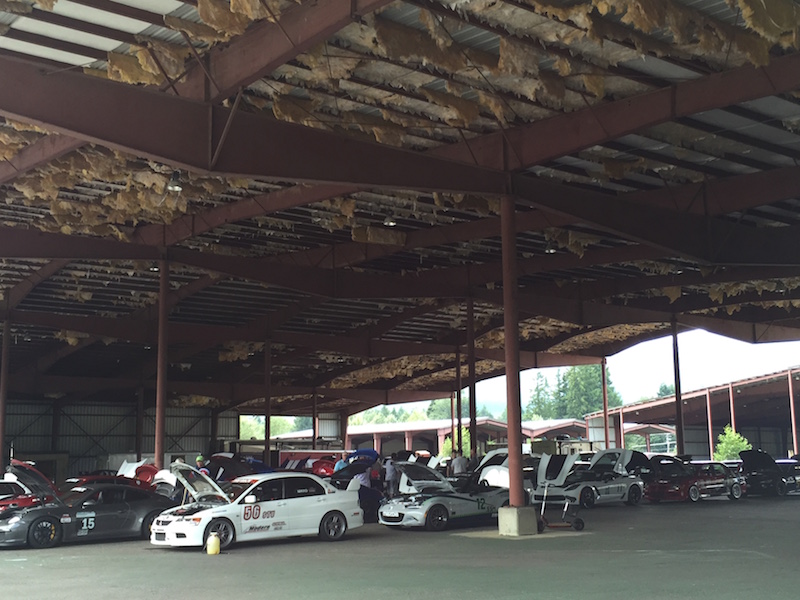 In Group 1 the ladies of L3 battled it out. Tasha Mikko currently leads the class with a 0.852 second lead over Annie Gill. Teddie Alexandrova is sitting in 3rd,, 1.162 seconds behind Gill. Kerry Gonzalez is holding the 4th and final trophy spot in L3, however her co-driver Kate Fisher is only 0.030 second back. The competition is very close and we could see a change in the order after Sunday morning runs.

The 7-driver class of L2 also ran in Group 1. Laura Molleker struggled with launching her 2016 Chevrolet Camaro during morning runs and ended up with 3 red lights. Molleker got it figured out for the afternoon runs and moved from 7th to 1st. Kristi Brown is currently sitting in 2nd place just 0.120 second behind Molleker. Jessica Gauthier is holding down the final trophy spot. Gauthier is only 0.094 second behind Brown. We can expect to see Brown and Gauthier pedaling hard tomorrow in an attempt to move up in the standings.

In B-Street, Dan Bullis is leading Brian Coulson by a mere 0.033 second. Talk about a tight race. On Sunday, Bullis will start on the left side for the first time. He’s concerned that it might throw him off his game and allow Coulson to take the lead. 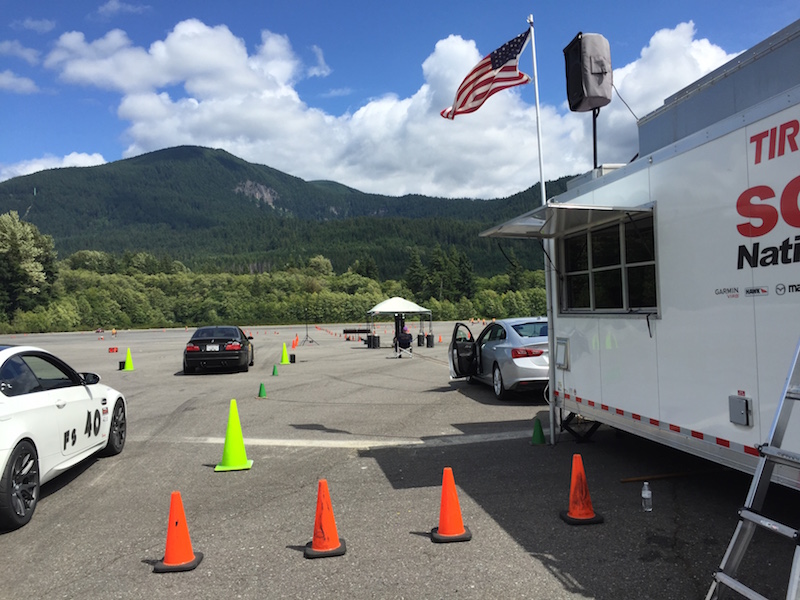 Caitlin Snell is leading the battle in L1. Snell currently has a 1.133 second lead over Bonnie Mueller. Jennifer Mueller is currently in 3rd, 0.938 second behind Bonnie. Jodi Fordahl was also battling it out in L1, but unfortunately the Nissan 240SX she was driving broke on course. As a result Fordahl was not able to take her final Saturday afternoon runs. Even so, Fordahl remains in 4th place, just 0.096 second out of the final trophy spot. Last I heard, car owner Jason Merritt was on his way to get parts to fix the car, so perhaps Fordahl will have an opportunity to move up on Sunday.

After Saturday runs, Adam Ruff leads the 6-driver class of C-Street. Ruff is 0.221 second ahead of Will Cruz. Ruff hopes for rain on Sunday, but if that doesn’t happen, he says he’s going to focus on going faster to keep his lead.

In F-Street the Camaros have pulled ahead of the Mustangs and M3s. Ryan Otis and Stacey Molleker are in first and second place, respectively. Otis is currently 0.681 second ahead of Molleker. James Paulson is in 3rd and Matthew Ales is holding the 4th and final trophy spot. Otis says there’s more time to find on the right side course, so perhaps he’ll be able to stretch out his lead on Sunday.

The battle in STX is very close. Chris Thorpe is leading the 14-driver class in his 2012 Volkswagen Golf R. Thorpe has a slim 0.059 second lead over Bryan Heitkotter. Mack Tsang is currently in 3rd, 0.805 second behind Heitkotter. Jonathan Lugod is a mere 0.050 second back in 4th place and Steve O’Blenes is sitting in the 5th and final trophy spot, O.049 behind Lugod. This will definitely be a class to watch on Sunday.

Ron Bauer is leading the way in STR. Bauer’s co-driver, Charly Spyksma is in the 3rd and final trophy position. Kevin Dietz is sitting in 2nd place, 0.341 second behind Bauer. Dietz had made a few changes to his 2006 Honda S2000 prior to Saturday afternoon runs, but it seems those changes weren’t enough to get ahead of Bauer. You can bet Dietz will be pedaling hard on Sunday. 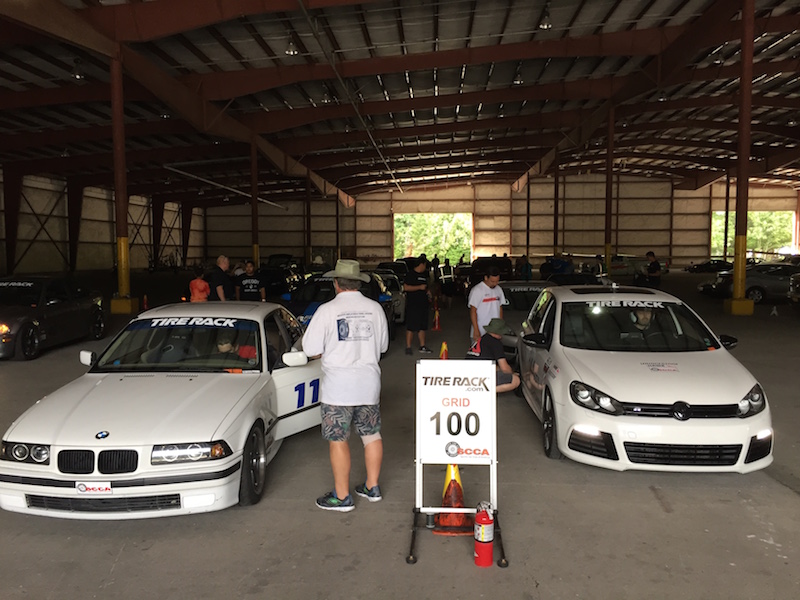 The weather forecast for Sunday calls for partly cloudy conditions in the morning with thunderstorms developing later in the day. The hourly forecast shows a 50% chance of rain starting at noon. The weather in Packwood can change very quickly. While those sitting in first might be hoping for rain, the rest of the field will want dry conditions. Tune in to see how it all shakes out.